Sixteen children from across Benefice gathered for the latest David and Goliath themed Kidz K’nexion at the Churches’ Centre in Orsett on Tuesday 24th October.
As ever the format was making, singing and playing, topped off with lunch.
The children decorated David and Goliath pictures in a mosaic style that will be displayed in each of the 3 churches in the Benefice and the Churches’ Centre, they also made some rocks – chocolate rice krispie cakes, sheep name badges. Janet McCheyne oversaw the making of David and Goliath musical instruments from old squash and soft drink bottles and used these when Janet McCheyne lead the singing. Christine Mortimer split the children into Philistines and Israelites to tell the story and cheer their champions on in the fight, which resulted in Goliath being slayed by David.
There was a hoop-la game where the children made hoops made from newspaper and attempted to get them on Goliath’s nose.

Thank you to all those who helped.

Keep an eye on school newsletters for details of the next Kidz K’nexion. 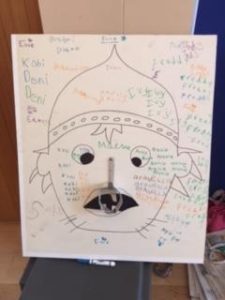 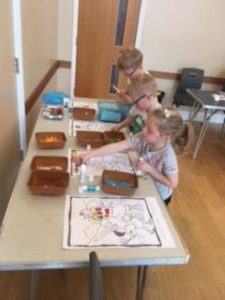 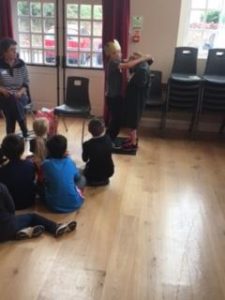 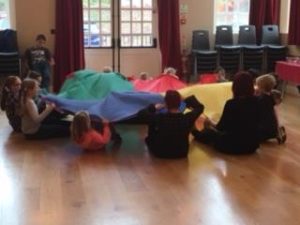 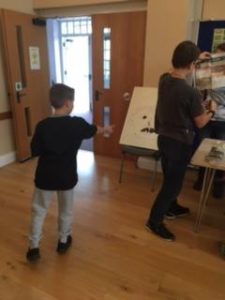 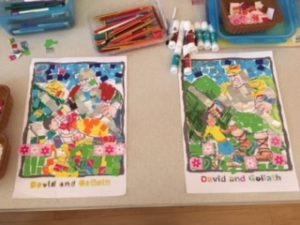 Services in church have resumed.